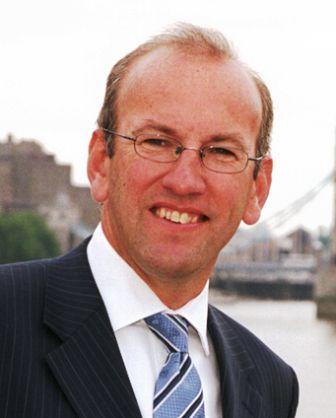 has stronger ties than most to the world of facilities management. He began his four-decades-long career with family firm OCS at the tender age of 18. He was appointed to the board in 1999 and cut his teeth as the Managing Director of Select Facilities Services, OCS’s early attempt at a bundled services business.

By the turn of the millennium, however, Waud had become increasingly disillusioned with the direction of the group, and in 2002 he left to form his own business, taking a number of his colleagues with him. Incentive FM emerged soon after but the split from OCS was far from amicable. The family business took Waud to the High Court and, even though Incentive FM emerged victorious, the whole protracted saga ensured that the company’s initial years were anything but simple.

Nevertheless, Incentive FM Group stands today as a solid, mid-market FM service provider. Over the course of 15 years the company has enjoyed steady growth, while Waud and his team show no signs of slowing down. In its latest financial report, Incentive FM posted revenues of £107m. Meanwhile, Waud has developed a reputation as one of the FM sector’s most outspoken personalities and most vocal exponents.

Now, i-FM takes advantage of this fact by asking Waud to help us trace the origins and growth of Incentive FM as well as where this might all lead.

OCS restructures
Published: 14 January 2002
One of the UK’s oldest FM companies, OCS Group, has announced a radical restructuring to create a singe company rather than its current complex offering of support services.

Waud left OCS at this point and Bill Pollard, then Operations Director for Select Facilities Service, followed him out of the exit door. OCS Group’s Managing Director, Chris Cracknell, said the company needed to take advantage of the growing trend towards larger and more complex support services contracts and reduce the confusion created by its 35 brand names and 16 trading companies. The new brand strapline, “One Complete Solution”, would be in place by April.

Waud says that it was difficult for Select Facilities Services to gain any traction within the group for precisely the same reasons. Despite the illusion of integration on the surface, OCS’s disparate businesses were often at conflict behind closed doors. “There were internal fiefdoms that needed looking after, so building a TFM business within the group was pretty difficult. That was part of the issue, and ultimately we felt as a management team that we didn’t fit the mould,” he explains.

While the High Court had barred Waud and Pollard from approaching any of their old clients at Select Facilities Services, the business secured a couple of contracts in quick succession. Waud, in boisterous mood, claimed that Incentive FM could reach £100m in turnover within a decade.

He says now: “We were a little more entrepreneurial, a bit more dynamic, and we wanted to do something different. We felt that we had a point to prove and thought there was a better way of doing it.”

Incentive FM didn’t reach £100m in 10 years, but it did hit this target within 15 years. “Broadly speaking, we achieved what we said we would achieve,” says Waud. “We wanted a £100m business and we got it.”

Incentive FM claimed that its success with Colgate Palmolive was down to an “open, costed and fully auditable budget structure”.

Incentive FM’s philosophy was, and still is, open books and clarity. “We believe in this whole mission of transparency,” says Waud. “The customers who believe in it and like that style engage with you and don’t go anywhere else.”

Incentive oiling the wheels at petroleum company
Published: 5 September 2005
Petro-Canada UK, the UK subsidiary of one of the largest integrated oil and gas companies in Canada, has Incentive FM to advise on setting up new offices.

Incentive FM has built a strong reputation over the years not just as a service provider but an FM consultancy, too. Petro-Canada had previously brought the business in to advise on contract renegotiations and retenders, and now it was looking for help as it moved 250 staff to a new London office.

“There’s a perception in the market that we’re very strong in consultancy, but we’re probably just fairly high profile. It’s not a massive part of our business,” says Waud. “We generally look at each opportunity as it comes – where is it better for us to sit? Sometimes the mood changes and the customer doesn’t need consultancy any more, and we’re invited to the table. A lot of the competition doesn’t like that.”

Incentive carries expertise into Europe
Published: 18 May 2007
Independent facilities management company Incentive FM has created an international team, following a number of overseas contract wins in the past 12 months.

By 2007, Incentive was growing in revenue and in confidence, and the team wanted to replicate some of that success abroad. Automotive parts manufacturer Delphi had tasked Incentive to review the FM in its multiple manufacturing sites across Europe.

It is a relationship that still exists today, with Incentive having completed a number of full FM reviews for its client over the years. “The service delivery challenges are roughly the same,” says Waud. “Their sites are all in Europe and they’re operating under pretty similar laws. Cleaners clean, good food is good food, engineering is engineering, wherever you go. We are using our expertise to benchmark and challenge cost base, structure and strategy wherever we go.”

In 2019, Incentive won its biggest and most prestigious contract, with one of London’s most popular tourist destinations. The service provider was brought in to deliver cleaning, maintenance, security and even street performer management at a site which houses hundreds of tenants and attracts approximately 43 million visitors each year.

Incentive still has that contract today and it has even been expanded to include street cleaning services. Waud describes Covent Garden as a “one-off client and a one-off series of assets.”

Hollow rhetoric from the PM
Published: 14 December 2011
It was heralded as the next big opportunity for smaller businesses, yet public sector outsourcing contracts still remain a closed door for most of us.

Over the years, i-FM has given Waud the opportunity to give his thoughts on a number of important industry issues and Waud has never been shy to express them. On this occasion, Incentive’s man was railing against what he saw as government hypocrisy. Ex-Prime Minister David Cameron had pledged to give SMEs adequate opportunities on government frameworks, but Incentive’s experience did not reflect this.

Waud wrote: “For all but the biggest FM sector companies it is very difficult to get past ‘go’ when it comes to tendering for public sector work that is anything other than small, insignificant or just menial. First, you have to ‘get on the list’ by jumping through seemingly impossible (or is it irrelevant?) hoops, and then you have to allocate valuable time and resource to overly complex tenders that often come to nothing.”

Though Incentive does do some public work, including a longstanding relationship with police forces in the South East, the business has very little exposure to this sector. “All they ever seem to do is make those contracts larger and more complicated and they reduce the field of those who can possibly bid,” Waud explains. “The government isn’t clever enough to manage them properly and the contractors are smart, so eventually they make their money somehow.

“Is that really what it’s all about? Is that promoting our industry in an intelligent way?” he adds. “I believe the bigger players have relied on this as bulk in their business and clearly we’ve seen some financial gymnastics from those companies who have now got caught out in the way they account for the value of those contracts. They’ve had too much rope and strung themselves up. They are so large and so complex these contracts that even the auditors didn’t really understand what they were auditing and the auditors are now looking stupid because they were signing off accounts that weren’t quite right.”

Incentive FM has never been afraid to grow through acquisition when the right opportunities have presented themselves. The business bought Lynx Security Services, which was posting a revenue stream of over £40m and employed 1350 staff.

Yet Incentive has had mixed fortunes with its foray into the security market, as Waud explains: “I find in security the loyalty isn’t as great. We’ve changed our executive team and we’ve done so in response to the market. The customers are looking for something a little different and we’re going to try to do that.”

Margin dive: but how far?
Published: 30 July 2013
For years people in the wider facilities services industry have complained about the commoditisation of contract services.

In 2013, i-FM again gave Waud the chance to comment in our pages. He wrote: “The new competition appears to be the race to the bottom of the pond (or is that puddle?) of available margins in order to secure the business out there in the private and public sector.”

The business picked up the FM contract of another prestigious London contract, very much in the same mould as Covent Garden. This three-year contract added to a portfolio that already included Covent Garden, the Royal Shakespeare Theatre and Liverpool Football Club.

Incentive in third M&E acquisition
Published: 6 September 2017
Incentive FM Group has acquired a third M&E business in a move that will increase the geographical reach, scale and range of its Incentive Tec operation.

The acquisition of Weston Electrical Services took the total number of engineers at Incentive Tec, the company’s M&E business, to 220 engineers and created a total turnover of more than £30m. Waud explains: “We decided M&E was very important to us. We made three acquisitions in three years. We’re now quite a big player in that market and the business now has a tremendous head of steam.”

So, what next for Incentive?

The challenge now for Incentive is to keep growing. “Where’s the next £100m coming from? That’s something we clearly discuss internally,” says Waud. “We think hard about what we should be doing, what our competitors are doing, and where we fit. Why do people buy from us and not from someone else?”

The relationship with shopping centre Bluewater was a watermark moment for the company. It began as a consultancy deal but a changing of the guard, from one managing agent to another, gave the service provider a chance to self-deliver FM services. “After that nobody in the market could say, ‘This is too big for you,’ which of course we had grown up with,” says Ward.

He explains that, as the business grows in value, the pace of that growth gets quicker and the market opportunities become greater. “There are fewer doors slammed in your face,” he says.

Incentive would like to buy something in Scotland to complete the geographic matrix of offices, but it’s not critical. The business already has offices in London, Weston Super-Mare, Kings Langley and Derby.

Finally, Waud believes that there is room for Incentive to exploit the current market conditions in FM. “If the Mities have fallen and that represents opportunities with customers to deal with us, then great,” he says. “Does it mean we want to go scrapping at 6% margins? No. We believe in a reasonable margin so that we can reinvest, pay people properly, and not kid clients. I’m convinced those people are kidding the clients, kidding themselves and kidding the market.

“How do we turn our £100m and a bit business into £200m? And how long does that take? This journey that has taken 15 years, the next piece will take a lot less. The world is particularly wild.”